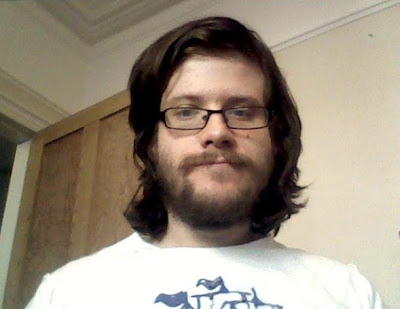 Our Jonah of Boscombe Pier
after Z. Herbert

We will say this for him: at least
he had enthusiasm. That whale
was beached for so much time,
signs were raised. Keep off the rough
barnacled blubber. Those are teeth,
not baleen for benign filtration.

I can only speculate: he walked
Leviathan’s crash-mat spine, nearly
plugged the blowhole with a boot,
for he wished to re-enter into
those magisterial tales of whales
and the men who swallowed them.

We used to call bits of our house
by collective nouns –
idle of sofas, gleam of lamps, tinkle
of teaspoons – as they do for animals.

When she left, I willed every evening
to scuttle back under the gravel,
one day gathered a grief
of takeout leaflets, flung my fold
of furniture into the van,
moved to a one-man flat
in a town overrun with one-man flats

and released the whole – idle,
gleam, tinkle, grief, fold – resolved to call
them all by brand-new names.

I walked the town’s greed of brick
and stone, its slip of malls
with their brush of clothes, its fill
of bins, its silver glitter of pigeons.

I watched a girl walking her dog.
His nose poked among the birds.

As I wheeled the lanes
the question came: we’d waited
for our wedding night, for what?
My Eve found her Adam
one rib down, and fell

There was this song that Andrew sang:
One for sorrow, two for joy, and all
the rest till a secret never to be told.
He played guitar but wrote no songs.
A channel of voices drowned his out.

Nick, Greek, crossword king:
never without a paper, always without
a pen. Anyone go one? No-one?
Fuck. He was large as Greece,
his grin a curling postcard coast.

Then the brashest of us, John:
here for losing his wife,
mother and son in one year,
first to have us bandy about
doolally amount awarded us,
discuss the snuffing of Mind
charity meeting spots,
smack fists on tribes of tables,
reams of myths in our fingers, such as
Anne, who raves ‘Rape!’ at every man
she hates; Bob, who swears
the corner shop’s poisoning all the pop.

We smoked all day, rope-smoked,
once, on a whim, smoked The Sun
ablaze; daily brayed beneath the café
canopy. Some of us grazed grass.
Junkies got on our backs for a fee.
John kept watch us as we picked
ticks and crumbs from our coats;
kept the jest of junkies away like one
who was, to all intents and purposes,
okay, but one day lifted her lid,
laced her coffee with a Bacardi shot,
the local rag under her fag fuming
about the packs we’re allowing in.
John was barred, and all of us after him.


Mark Burnhope studied at London School of Theology before completing an MA in Creative Writing at Brunel University. Some of his poems have appeared in Magma and Nthposition. He lives, writes and paints in Bournemouth, Dorset.
Mark Burnhope