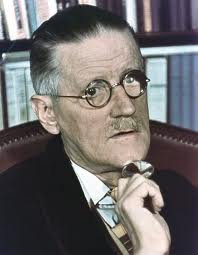 Ok, so you're all Joyced out but I've just remembered this I wrote after I last read 'Ulysses' in 2001 when I was living in the North Laines in Brighton. It's absolute rubbish, I know, and deservedly unpublished, but I like it for the fact that it shows I was willing to experiment a little with the style of poetry I was writing back then, and I share it in the spirit of celebrating all things - high and low - Joycean.


Rain in the air. Face. Cobbles wet.
Who’s that? Hannah? No.
Girl at school, left bike in her garage.
Brother friends with her brother,
listened to ska music together.

Could buy body lotion for Jane.
What was it: camomile or aloe vera?
Home soon. Bread shop closing.
Always nervous entering this one.
Unwelcoming. Overprice their poetry.