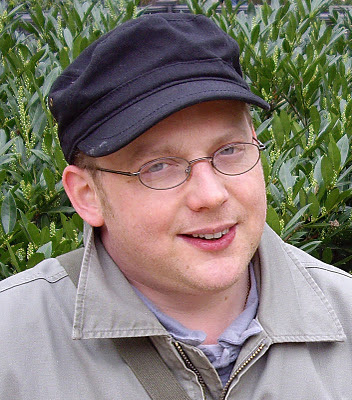 I am delighted to be able to post two poems from Alan Morrison's latest book, Captive Dragons/ The Shadow Thorns - Poems from the Mill View Residency 2008-11 by Alan Morrison. This book incorporates an epic poem on the subject of mental illness and its perception throughout the ages, tackling thorny issues such as psychosis and suicide through a series of 35 Cantos exploring different periods, persons and approaches to the psychiatric and social treatment of mental illness. A Laingian sensibility drives towards some uncomfortable speculations as to 'mental illness' as, in part, a socio-political construct. The Shadow Thorns (from which these poems are taken) is a sequence of smaller poems, each a study of composites of various inpatients encountered by the author during his three year voluntary poetry workshop residency at Mill View psychiatric hospital in Hove.


Flo of the solitudes

Flo’s patron of the moment’s immersion,
Timelessly lit in a pool of her own
Out-pouring, her melting-clock comfort zone
From the scotched tick-tock of Cronos; thrown
Onto absorption’s potters-wheel so
Fast-spun she changes shape without motion,
Her forehead pressed by thumb and forefinger
Imperceptibly sculpting each curvature
And groove of her temples’ wet-clay gesture —
She’s lost to her process, the epicentre
Of her head’s magic lantern waxing a-flicker
With lit silhouettes, phantasmagoria
Cavorting around her rapt cerebrum,
Shivering her tapped oblongata stem,
Her eyes synchronised hypno-pendulums
Chasing empty pages with mesmeric pen,
No chore in the pull of inspiration,
Her whole body clutched in concentration,
A twitching statue that has to be inched
Out of its trance with a soft verbal pinch:
Flo, our hour’s up now, thus lowers the winch
That hoists up the spell prior to its clinch
Of gathering magic; with slow-motion flinch
She comes round again, then slips from her plinth.


Robert of the clocks

Robert’s scared of cats, apples and clocks,
Occasionally jerks in his seat to shoo off
Cobwebs or shadows from his shoulders’ rock —
If spoken to, Robert jolts as if shocked
By voice, as if you were an animal who talked;
His itching eyes can rub away the crock
Of our badly dyed bodies: limpid skins
Reveal astral colours exclusively to him,
While our heads leak tulpa illustrating
Our morphing thoughts, embarrassing
For him, as if each person is flashing
Their private parts: his clairvoyant chagrin;
He appears inhibited by some obscure
Obsessive-compulsive nomenclature
That impels him to avoid things that aren’t there,
Or optically scour their ghosting structure
To anticipate particular threats in their nature —
His mouth retches mutely as if the pressure
Of a transparent hand smothers its words —
But he howls in his sleep, so some have heard,
During the grip of his night-horrors’ gird,
He howls like a dog torn by wolves, the curd
Of his strangled tone prowls the gloomy ward,
Owls on their night shifts dimly disturbed.
Robert can only compose words with Os —
Cosmos, osmosis, Osama, morose
Might form his typical spasm of prose,
Orotund aphorisms, round symbol rows
Of circles, omicrons, open mouths, pose
Compelling emptiness through hollow crows.

from The Shadow Thorns sequence

The author adds: 'The poem portraits in The Shadow Thorns sequence are each loosely based on a combination of individuals encountered by the author during his time as poet-in-residence/voluntary workshop facilitator at Mill View; none of these are intended to focus solely on any one individual, therefore if any reader feels a particular poem may be specifically and solely describing themselves, the author maintains this can only be coincidental.'

Alan Morrison is author of critically acclaimed volumes The Mansion Gardens (Paula Brown 2006), A Tapestry of Absent Sitters (Waterloo 2009), Keir Hardie Street (Smokestack 2010), and of the much-praised verse play Picaresque. His new volume, Captive Dragons/ The Shadow Thorns – Poems from the Mill View Residency 2008-2011, is now available from Waterloo Press www.waterloopresshove.co.uk. He is editor of the widely respected literary and political webzine the Recusant, and of the Caparison imprint which produced the polemical anti-cuts anthology Emergency Verse - Poetry in Defence of the Welfare State (2010/11). His fifth volume, Blaze a Vanishing, is due for 2012.
Alan Morrison Emergency Verse anthology Waterloo Press