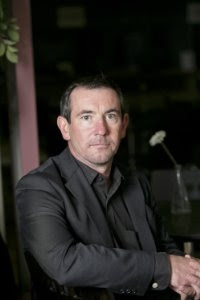 A Question About Fog

Did it drive the cattle down from the hill in search of a visible world,
or did they use it for camouflage, for this infiltration

of our human terrain, these gardens and metalled roads on which they’ve appeared
by surprise this morning, sudden, unblinking, innocent, burly,

a sign of what’s kept on the outskirts, what’s never discussed,
silent apart from the hoof-falls, the muffled flop of their dung?


Martin Mooney was born in Belfast and has worked as a civil servant, creative writing teacher, arts administrator and publican. As well as poetry, he has published short fiction, reviews, critical articles and cultural commentary in Irish and British periodicals.

Mooney has collaborated with visual artists on a number of site-specific projects, and with composer Ian Wilson on Near the Western Necropolis for mezzo soprano and chamber orchestra. He has also adapted texts by Shakespeare, Sheridan and Ionescu for physical theatre companies in the north of Ireland.

Mooney is the author of four collections of poetry - Grub (1993), Rasputin and his Children (2000), Blue Lamp Disco (2003) and most recently The Resurrection of the Body at Killysuggen (2011), poems from which can be found on the blog of the same name.