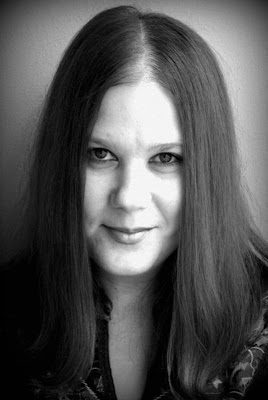 Two hours ago, we docked
at Crater Plaskett's northern rim.
Plumes of spent gunpowder
eructed from the landing strip
spinning into galaxies and starfields.
It clings to our helmet visors,
sifts into our spacesuits,
fine jagged particles
infiltrating hinges and joints,
scratching equipment,
shrouding instrument dials
with an electrostatic film.

II. Hadley Rille
I am writing from a lava tube
at Hadley Rille, near the Sea of Rains.
We spent the day gathering
silica-rich soil, shattered rocks,
glassy fist-sized specimens
sampled from the basalt crust.
The Lunar Roving Vehicle
has exceeded all expectations.
Jack and his crew will be pleased.
I look forward to your news.

We season freeze-dried macaroni
with liquid salt and pepper.
Water is distilled, recycled
from our breath and sweat.
After a week of granola bars,
nuts and bitter orange juice,
the Commander's arm
begins to look tasty.

At night,
the lunar module
ticks and hums.
I shift restlessly
in my stellar nursery,
trace the constellations
of your freckles,
striving to sail
these light years
home to you.

In our three month acquaintance, Faolán was known throughout circus rings as the Lord of the Fleas. Faolán means 'little wolf'. He was a hairy wee beastie. Agile, a born entertainer and ambitious to boot. Nothing short of global domination would satisfy the Lilliputian star. From tenth generation Saratov Circus stock on his paternal side, his mother was Muirne Mac Nessa, the Irish siphonaptera racing champion. People journeyed from as far as Argentina and the Macau Peninsula to marvel at his mesmerising chariot act, dazzling tightrope performance, virtuoso cannon routine and death-defying fire dance.

There was no one to blame but myself when he ran off with the Ringmaster's silver weimaraner. I should have suspected something was amiss. He stopped feeding when the laughing long-haired bitch sashayed past his trailer, refused to turn cartwheels as I greeted him from behind the magnifying glass. Now, I'm training aerial silk artistes. Of course, it's not the same. My heart's no longer in the hyperbole. Does he miss the good times, the spotlight, the smell of roast chestnuts and candyfloss, the cheering crowds? I sleep with his gold-trimmed tophat and tails, his diminutive whip, in a snuffbox beside my bed.