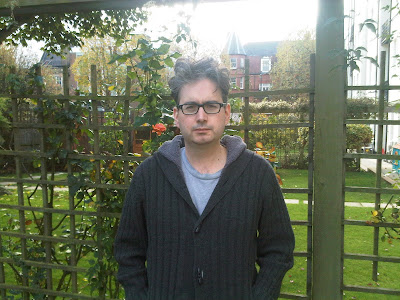 Boys on their field lit like an aquarium
sad to not be alight, like them, with goals
that a foot or hand can win; poetry’s rules
no less old than theirs, but poets
are not only players on green grass, night
and day, also the old-eyed others
edged in the park, who nod at each leap in air,
each attained yelp and elbowed throw,
the muscular panoply of bodied action
folded into hours with an end; slow to
leave, friendless, they once stood on the line,
or blew as referee, their bones now cold
and all trophies pawned. So poems both play

and hold, gravely, as if a mourner stood,
one self under the hood of the ground, the other,
above, head bowed, to pray. We stand and lie,
this way, to make the words hit home.
So ball and word fly untrue until a hand undoes
the flight by taking it down from abstract
to real motion, feeling out the meaning of its gut,
impacted with the lob’s sorrow-start,
the needing thrower’s heart, which is to gain
the art’s accolades, not be cheered in dismal
parades that sow ribbons on winners,
and never lift the anguished fade that flows
across the dark, onto playing grounds.


After Death, What Words?

The true things are where the heart is most hurt,
As beneath the dirt an isolated bulb is roseate;
What we hate to hear or hold, loss without end

Is beautiful for being absolute – pitiless as ice –
Ice that the sun destroys. Death lends itself to us,
The book with the least lies, the longest pages

Which (uncut, we hope, for awhile) reads us our
Lives, to rise like a tree aching for cold light
Through each knife of wind, each night chapter.

Stay, lie with me when I die
and keep me now I am dead.

Married as the sun is warm
let your arm maintain my head.

Move here beside cold love,
while my new body is identified,

different from what living is.
Hold me on what was our bed.

Fold your arms around what stays
when older forms of love have fled.


My Father In Hydra

Father that was,
Night you bother
My sleep, why?

Once you banged things,
Didn’t you come to me
When I was a child, to

Ask where the friends had gone?
I wish you a solid death –
I kiss your red face.

Ian, grandfather, one morning, winter
Took me down Hume Road (a short lane)
To wait for the train to Montreal. Younger,

He’d wrap oven-red bricks in towels, lay
Them at his feet, to make the car blind
Momentarily, before the arm’s clearance

Opened the windshield to light
Or night’s stations – those intervals
Made by lamps, small homes lit, fires,

Where curtains slip, lives stumble out in pours
Of illumination as drinkers from just-shut taverns;
This round spill of vision makes winter

More clear, in the Eastern Townships –
Chapters of woodland; whole books of trees.
Trees are somewhere to travel into, not past, only.

Ian guided us in, some ice-still mornings,
To look, crouching, at where a cougar had made
A bed in snow, then rose up to carry on hunting;

Fear then, and a sense of things continuing farther
Onto where branches forded each other, bridging
Bridges of themselves, overgrowth, undergrowth,

The loosely spilling green-brown grass
Of a child’s thinking, a leap to where a lion
Built a round room in the ice, danger, hot brick –

Burning into his ankle, Ian bit awake.
Our car avoiding, on downswerve, the logs
Carried to be timbered, sawdust, shelved to books –

The rail bridge written like escape, Richmond
Expecting the Montreal train in about an hour,
Never wanting to be late when a fellow could be on time.


Todd Swift is a lecturer at Kingston University in English Literature and Creative Writing and a tutor for The Poetry School. His most recent collections are Seaway: New and Selected Poems (Salmon, 2008) and Mainstream Love Hotel (Tall-lighthouse, 2009), and a free-to-download ebook from Argotist, Experimental Sex Hospital. Todd has edited or co-edited many international anthologies, including Poetry Nation, 100 Poets Against The War, and (with Evan Jones) Modern Canadian Poets (Carcanet, 2010). His poems have appeared widely, in places such as Poetry London, and Poetry Review. He has been Oxfam GB Poet-in-residence, and runs the London-based Oxfam Poetry Series. He has an MA in Creative Writing from the University of East Anglia (UEA) and is currently conducting doctoral research. He lives in London. He blogs at Eyewear.
Eyewear Todd Swift