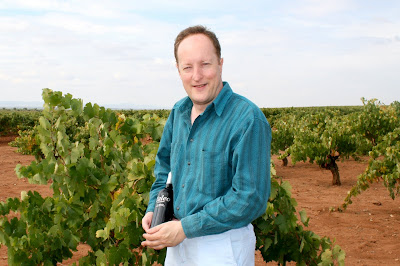 Ten years on and perfection’s lost
its distant lustre. My accent

seeps away. Every few minutes
I let some vowels tug me back home,

back towards the cadence of who
I am or was or was or am.


Dad On The M25 After Midnight

Even before the front door’s shut,
I’m in first gear – up past Tesco,
third exit from the roundabout
and onto the slip road at last.
I overtake a Polish truck;
it wobbles as the driver shaves.
Tarmac reassuringly growls.

This is where the housework and kids
recede, junction after junction.
I could head west, then north, then east
- all with a millimetric nudge
of the wheel - but I hold a lane,
perfecting this nightly circle.
It closes back in on my name.

Wit amid blood and Belgian mud,
Nan invoked you daily. Your time
on our tongues and in dictionaries
might be running out, but I’ve passed
your syllables on to my son
in return for his slang from school.


Matthew Stewart works in the Spanish wine trade and lives between Extremadura, Spain, and West Sussex, England. His poetry has appeared in many U.K. magazines and Happenstance Press will be bringing out his pamphlet in 2010/2011. He blogs at Roguestrands
Happenstance Matthew Stewart